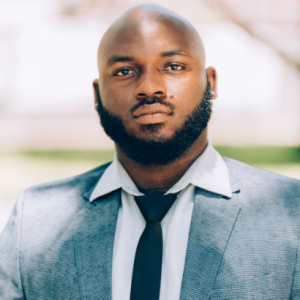 Last month in October I decided to start regularly publishing articles on Medium and got well over a million views.

It hasn’t even been 30 days yet but I’m at 1.5 million views and counting.

I decided to start publishing on Medium because it’s a natural platform for a blogger and writer like myself. One thing I like is it allows me to republish posts I’ve written on other websites to try and reach new audiences.

And my favorite part of having a Medium account is I get a place to put my passion projects and blog articles I want to write that don’t have a true business purpose or belong on any of my professional websites.

I originally got into writing as a creative and expressive outlet.

Now that I’m getting paid to write full-time, being able to write for pure passion, fun, or self-interest is even more important than it was before.

Writing for clients and other people is great but it’s still work. You’re producing something for someone else and it may not be a piece you’re particularly excited by or interested in.

But you’re getting paid so you take it seriously.

When you write for yourself you get to enjoy the rawest expression of writing.

There’s no topic or tone that’s off-limits. You can be yourself instead of writing in someone else’s voice.

And I think that’s part of what helped me reach a million views in such a short time frame.

I’m going to give some insights and share what I think went into my success as a writer my first few weeks on Medium.

I had a strong pre-existing social media presence


Medium is a great platform for me because I already have a significant social media presence on Twitter (around 17,500 right now) so I can easily promote my own work.

I’m used to posting and publishing content and linking articles to my audience. I have a loyal base that are interested in my writing and other things I have to say.

Getting recognized for your writing isn’t as easy as producing quality content and hoping people will flock to it.

You have to market and publicize yourself if you want to be recognized.

Being shy on social media and not taking it seriously is a big mistake for modern writers. I think it’s realistic to have a significant social media presence on at least 1 or 2 platforms.

In the days of the internet and social media marketing, closed mouths don’t get fed.

Being savvy and having experience with social media marketing is definitely a big advantage I have to help me with sharing my content and getting views and exposure.

I committed to writing every single day

Last month I told myself I’d start writing more and would make an effort to write every day. Not necessarily publish everyday, not have a set time, not have a word count goal, but just sit down and write.

It didn’t matter whether it was for a client or if it was a self-published article, as long as a significant amount of writing got done that day.

As Wayne Gretzky said, “You miss every shot you don’t take”.

Every article a writer puts out isn’t going to go viral, but there’s no way you can write viral articles if you’re not writing.

What people don’t see when a piece of content goes viral is all the work that went behind creating the piece. Or all the other content they made that got little engagement. Or the years they’ve spent improving and getting better at creating quality content.

They can see an “overnight celebrity” but they don’t see all the practices and rehearsals that went into making something a hit.

I wrote a viral article

So now we’re finally at the juicy part. How in the hell did I get so many views my first month?

Simple. I wrote a viral article.

On October 19, I published an article about the Mexican cartel’s attack in Culiacan, Mexico that occurred October 17. I told the story of how they caused mayhem in the city and forced the Mexican government to surrender to them.

I wrote the article because I found the story extremely interesting and wanted to give my opinion on it.

It was a pure passion project.

I had no idea how much traction my article was going to get when I hit publish.

There are a lot of things that go into the combination of factors that result in a “perfect storm” that allow a piece of content to go viral.

In this case I broke an incredibly powerful news story, I gave a summary of events, and I gave a pretty nuanced and detailed analysis of a complex geopolitical situation.

This was more journalism style writing than the typical blogging style you’d associate with content marketing.

What I explained earlier with having a pre-existing social media presence and committing to writing every single day both played major roles.

I decided I want to get that article out because it was a story I was personally passionate about.

Writing everyday is a lot easier when you write articles you find personally satisfying and stimulating.

When I first finished the story, I shared it on my Twitter account where it would end up getting hundreds of likes and about 1,000 link within the first 24 hours I shared it.

That initial traction on Twitter is what helped me get even bigger organic reach and sharing on Facebook, which is where the article truly went viral.

It wasn’t until people started sharing my article on Facebook that it took off, and the majority of all my traffic came from Facebook, a platform I’m not even personally active on.

Who knows if it would have made it there without the initial exposure and momentum from Twitter.

It certainly wouldn’t have been successful if I didn’t maintain the discipline to keep writing every day.

And of course, it was a well-written article, it was very timely, and it was simply an amazing story that captivated me enough to write it, and clearly captivated other people as well.

Eventually, my article was actually curated by the Medium staff which means they approved it as a quality piece of content and promoted it to a larger viewership.

I even managed to make it to the front page.

I don’t know if that would have happened had I not gotten so much organic traffic without any internal promotion from Medium.

By the time my article was curated it already had over a million views, lots of comments, and almost a thousand claps.

So at that point, I’m sure the internal team at Medium responsible for curating articles and deciding which articles get promotion took notice.

As the saying goes, be so good they can’t ignore you.

My key takeaways from having an article go viral


All in all, I’m enjoying publishing work on Medium so far. I mean who wouldn’t if they scored a viral article practically out of the gate?

Regardless, it’s definitely a platform with lots of potential and value for writers to promote themselves and connect with audiences they otherwise wouldn’t have. 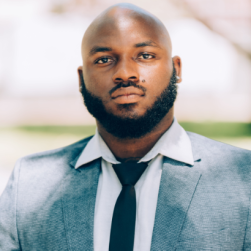 Shameen Yakubu
Shameen is an SEO consultant and content writer from Los Angeles with a background in digital marketing, business development, and writing. His other interests include journalism and holistic health.